My first post for 2015 is about something I was really happy to receive last month - the last BDJ Box for 2014! 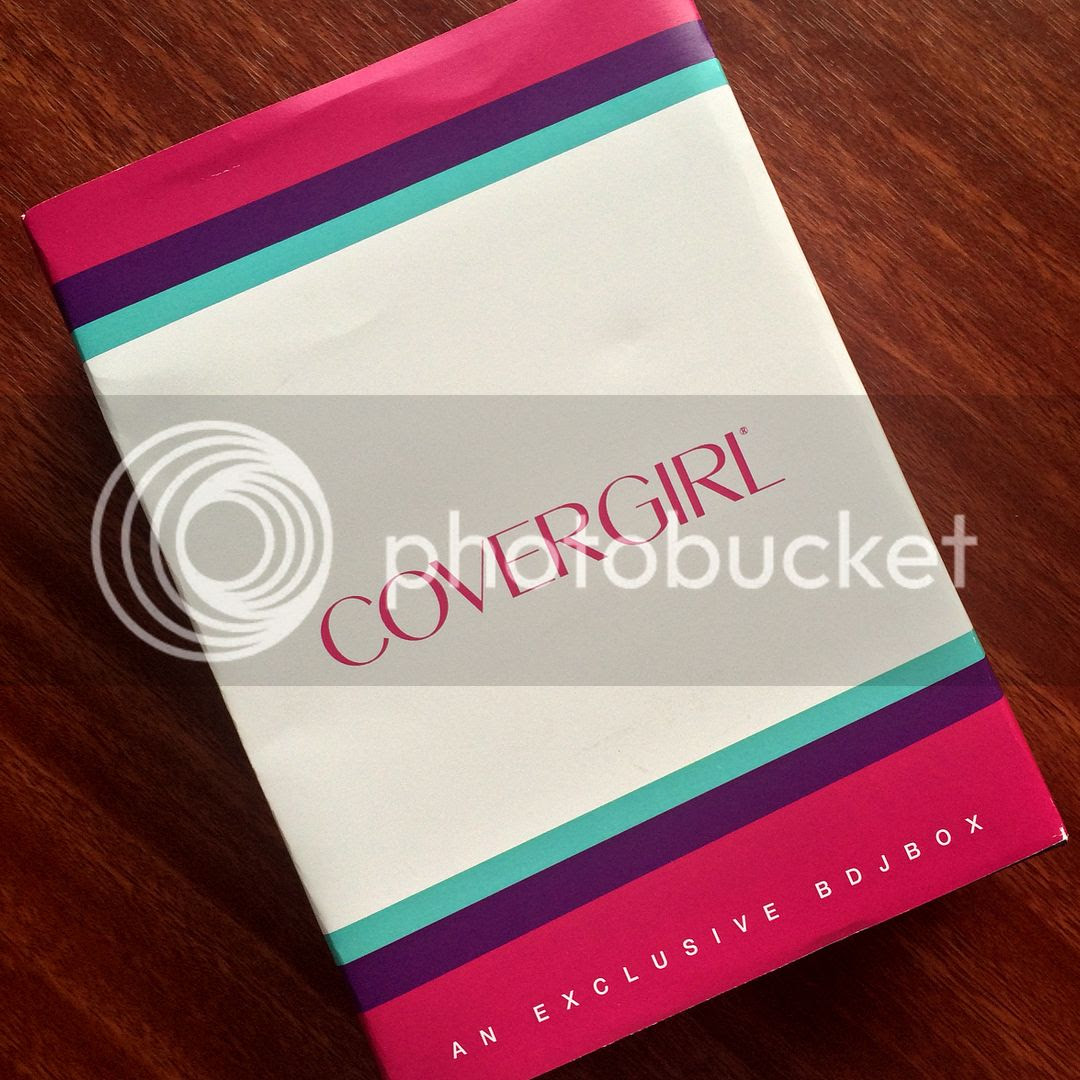 BDJ's last all-full-sized-makeup run before this was the Heroine Make box (Elite) and the April Pixy box (regular), which were both released more than four months before this box. I was sososo ready for another makeup-exclusive, all-full-sized-items box, and this CoverGirl box was spot-on. 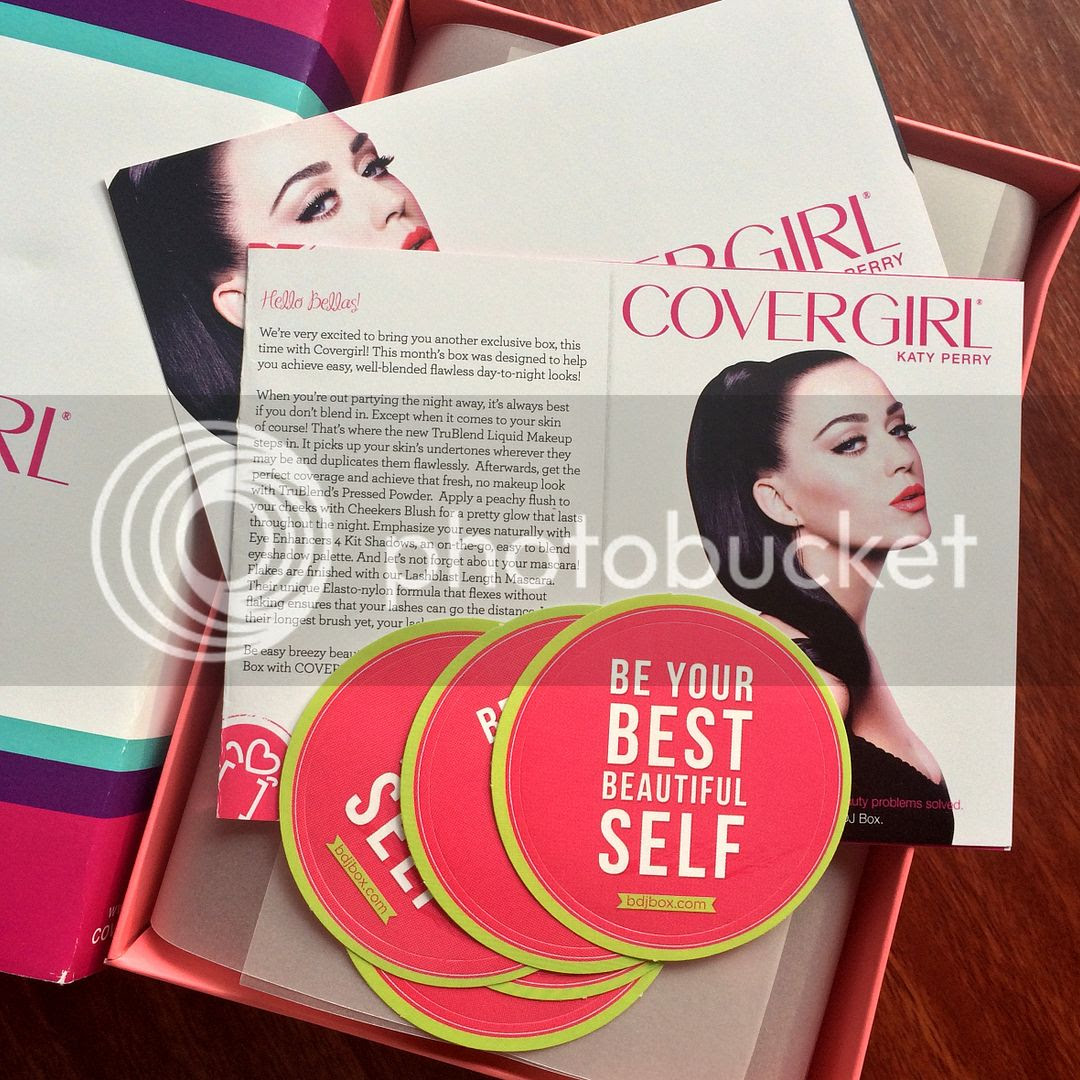 According to the card, this box was designed to help us achieve easy, well-blended flawless day-to-night looks. It's actually already a kit on its own. It has almost all the products I need for my basic, everyday makeup routine. 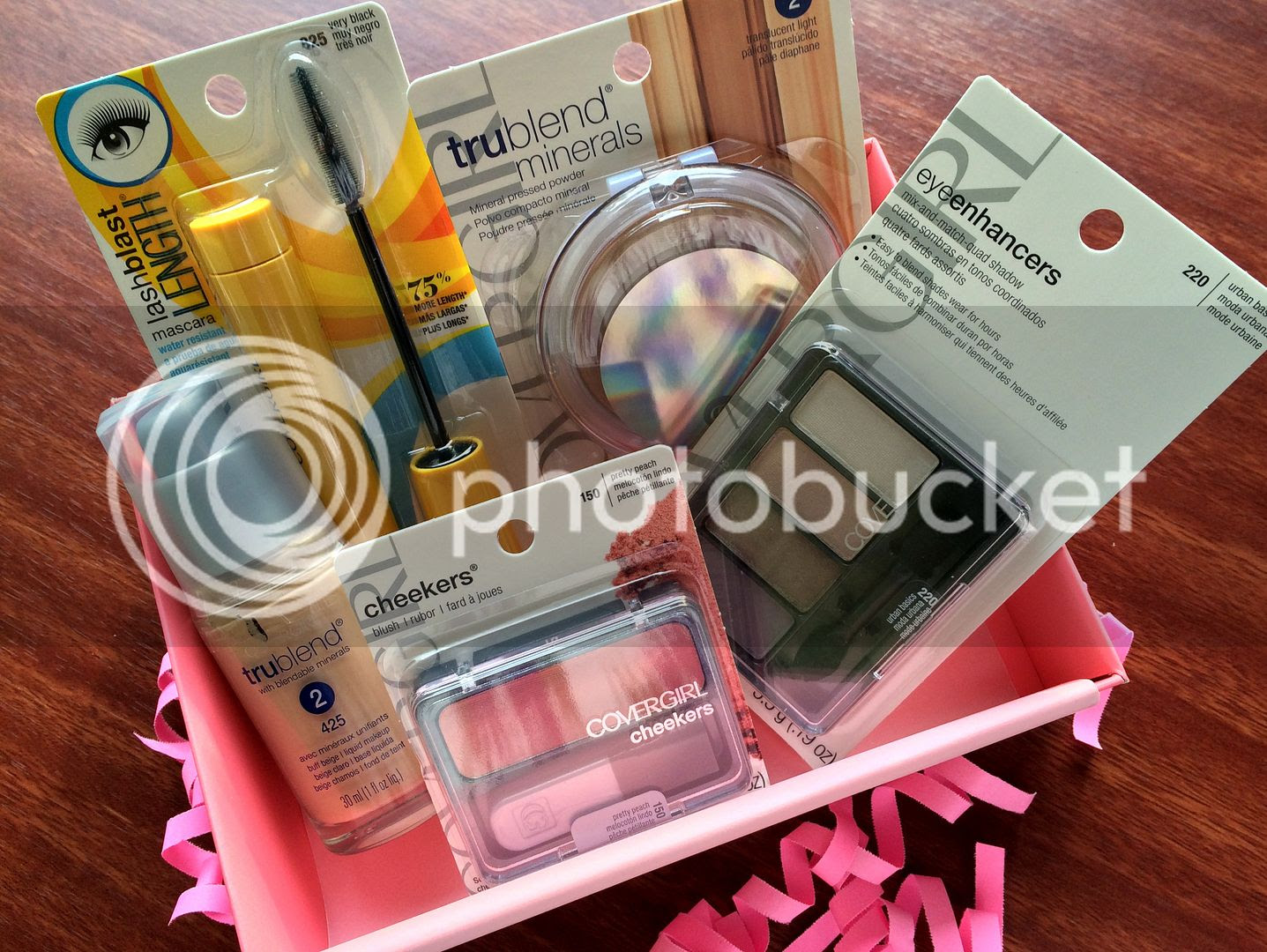 There are a total of five full-sized items inside. According to BDJ Box, there were four variants of this box, so yours might not contain the exact same items as mine. 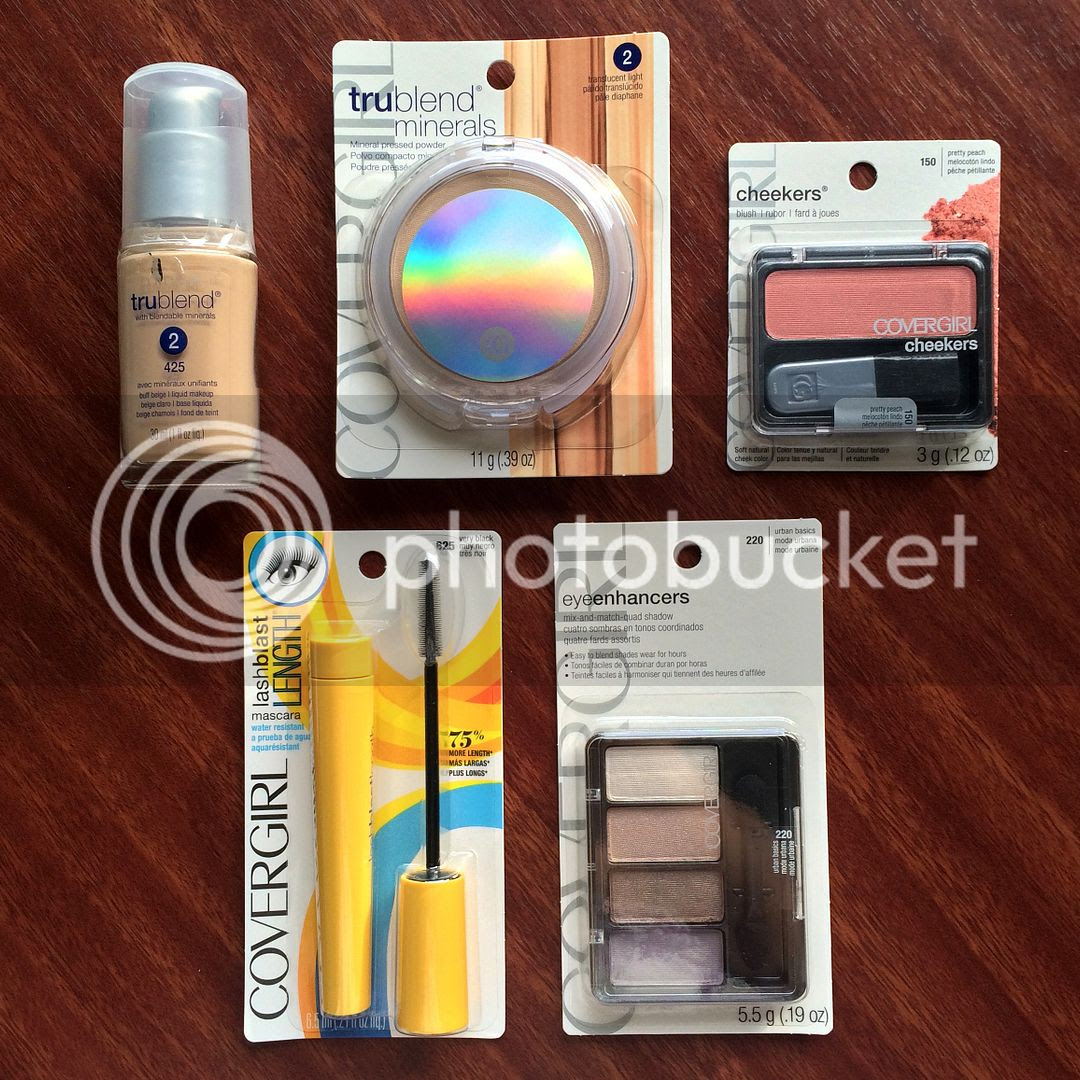 
I'm gonna start with these TruBlend base makeup. 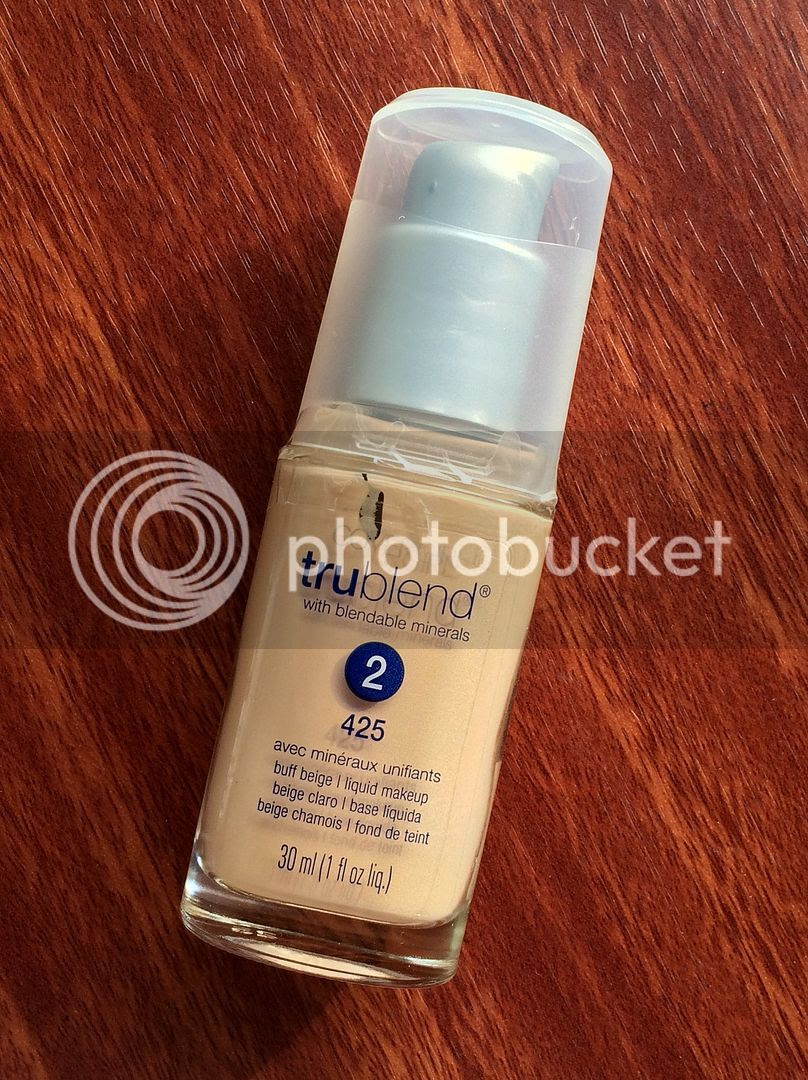 I've already started using the liquid foundation, and I do like its formula and coverage. The shade, though, I'm not so sure about. Don't get me wrong - Buff Beige is not a far cry from my actual skin tone and doesn't look too bad on me right after application. I've noticed, though, that the shade turns a bit orange-y and off after a few hours. I do have oily skin but I haven't experienced this with other foundations before. Too bad because I actually like the foundation itself. I read other people had similar problems with this foundation too. I guess I should try a lighter shade, but I actually like my Maybelline Dream Liquid Mousse better, and I don't have shade issues with that, so... 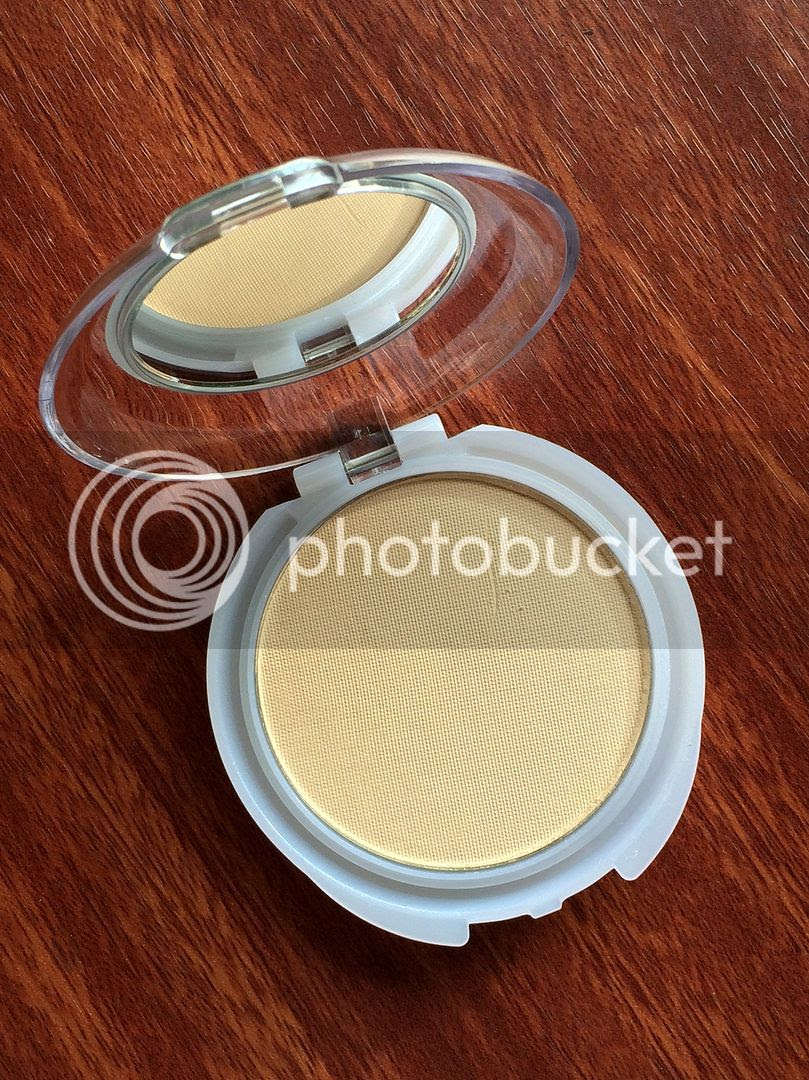 The TruBlend powder, I don't have any major problems with. It's what I've recently been using to set my foundation, and I like the flawless, matte-but-not-cakey finish it gives. It does cake up on the drier parts of my face (undereyes, sides of the nose) when used for touching up, though.

Next is a new blush, which will be available in stores starting this coming February. 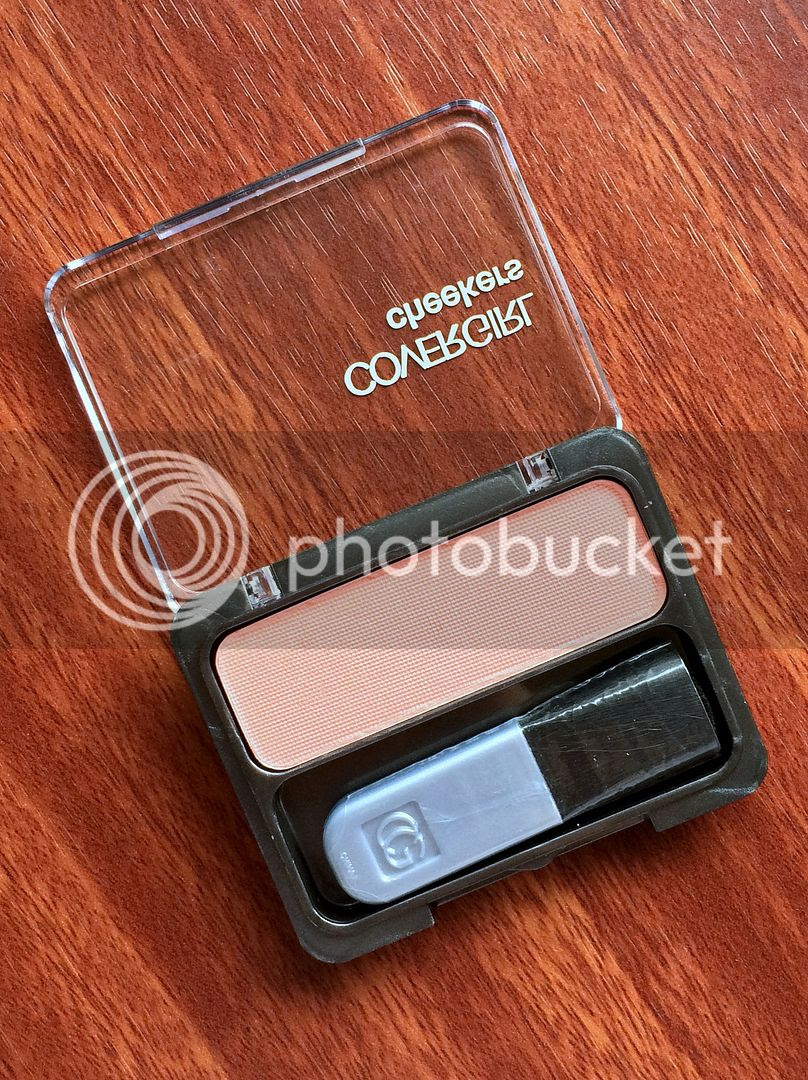 I like the shade I got. It looks natural and perfect for everyday. It's not too pigmented, which I don't mind and actually like because I find it's easier to work with less pigmented blushes. It has a slightly shimmery finish, which is something me and my oily skin would usually stay away from, but right now I don't mind subtle shimmer on my cheeks. I'm on that phase.

Next up: eye makeup. I was so excited about this eyeshadow quad at first because the shades, especially the second one from the left, looked like something I would actually use. 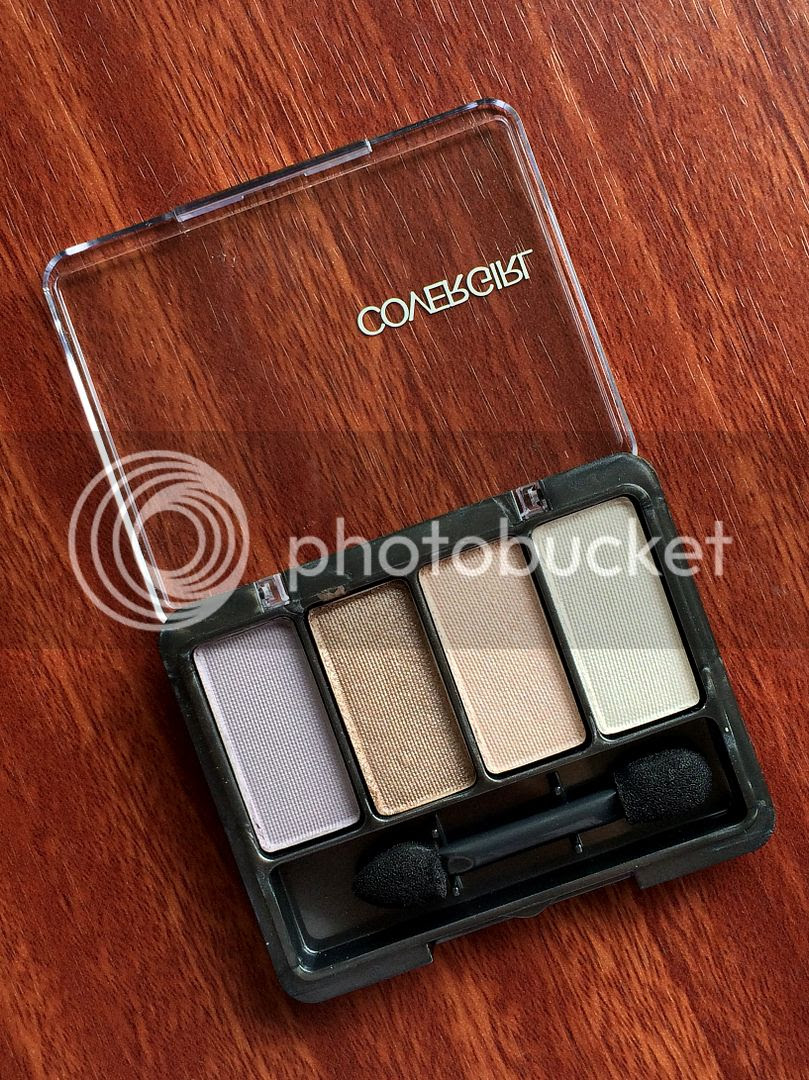 Too bad these aren't pigmented enough for my liking. And I'm easy to please! Huhu. The purple shade almost doesn't show up. The taupe needs a heavy swipe for it to show up well enough, BUT it really is a gorgeous shade. The light pink is glittery and too sheer, something I wouldn't use on its own but on top of another color. The highlight shade is the the only one in the bunch with decent pigmentation, albeit a little powdery. But I am not giving up on that taupe just yet!

*Quick update (1/11/15) - I tried using the taupe, and I was able to make it work with a little bit more primer than usual and a heavy swirl on the pan by my brush. And the color actually stayed put for a good number of hours!* 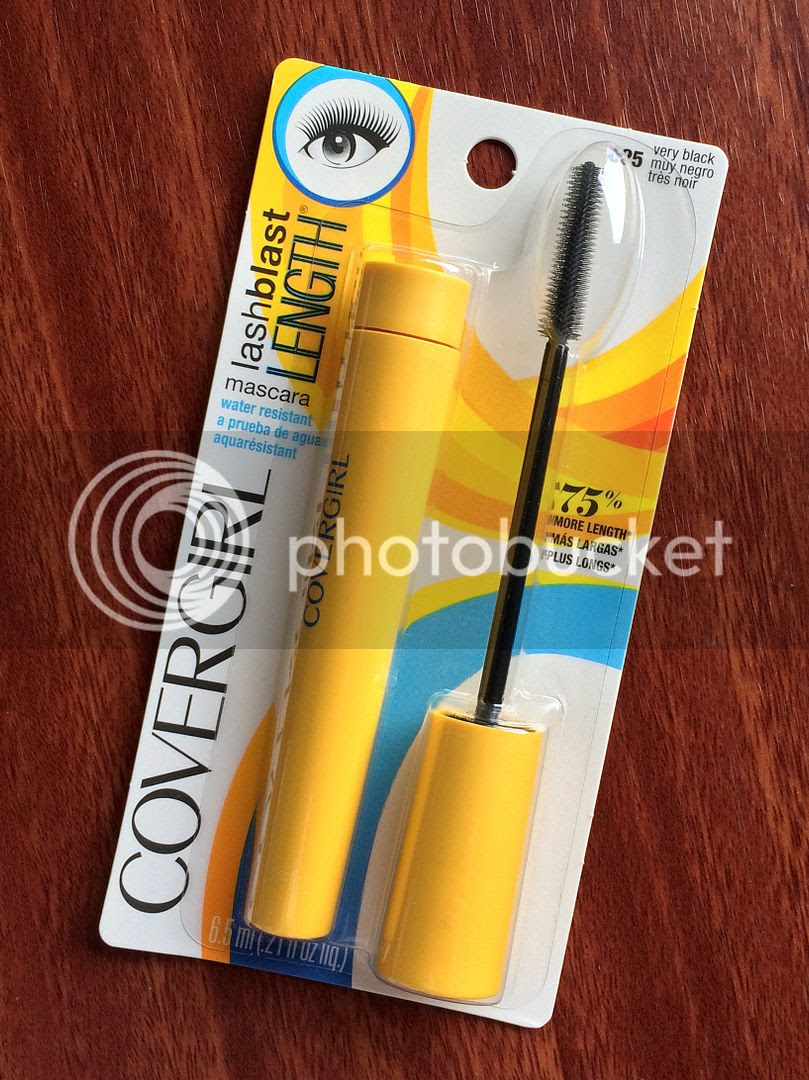 I've heard good things about CoverGirl mascaras, and I actually have two LashBlasts now in my mascara line-up (this and the LashBlast Fusion). Just haven't had the time to try them out yet because I'm still not done with my Heroine Make mascara (which is great, by the way!). I have high hopes for this.


Over-all, I think this is a good run. Everything inside is something I would actually use and try out for myself. The eyeshadow quad is meh, but I still think this is a good year-ender for BDJ Box. Well, you know me, I love makeup-exclusive boxes. Throw in a brow product and a lipstick, and you've got a complete makeup kit right here.

By the way, this box is worth four times the P580 subscription fee, which is a great deal already if you ask me. Get your own BDJ Box delivered every month by subscribing at bdjbox.com. I believe March boxes are now open for subscription!

Disclaimer: Box was received for free, but the views and opinions expressed in this post are purely mine and based on my own experience with the products inside it.