A post that's looooong overdue. I bought this product months ago and tested it as soon as I could. If you're into nail stuff, you should know about the whole magnetic-nail-polish trend and probably had already tried some magnetic nail polishes. The first time I heard about magnetic nail polishes, I thought the concept was pretty cool and wished for them to be available locally. Yes, because the only magnetic polish brand I knew of back then was foreign, and the polishes themselves were expensive (in my opinion). Luckily, though, I got my hands on one. I posted about that *here.* That one (plus the magnet kit) was crazy expensive, and it came from a foreign online store. A few months later, I saw magnetic nail polishes at Etude House but those ones were still pretty expensive for me. FINALLY, I saw magnetic nail polishes from local nail care brand Bobbie at SM Department Store. And they're only ~P80 each! I had to get one, of course. 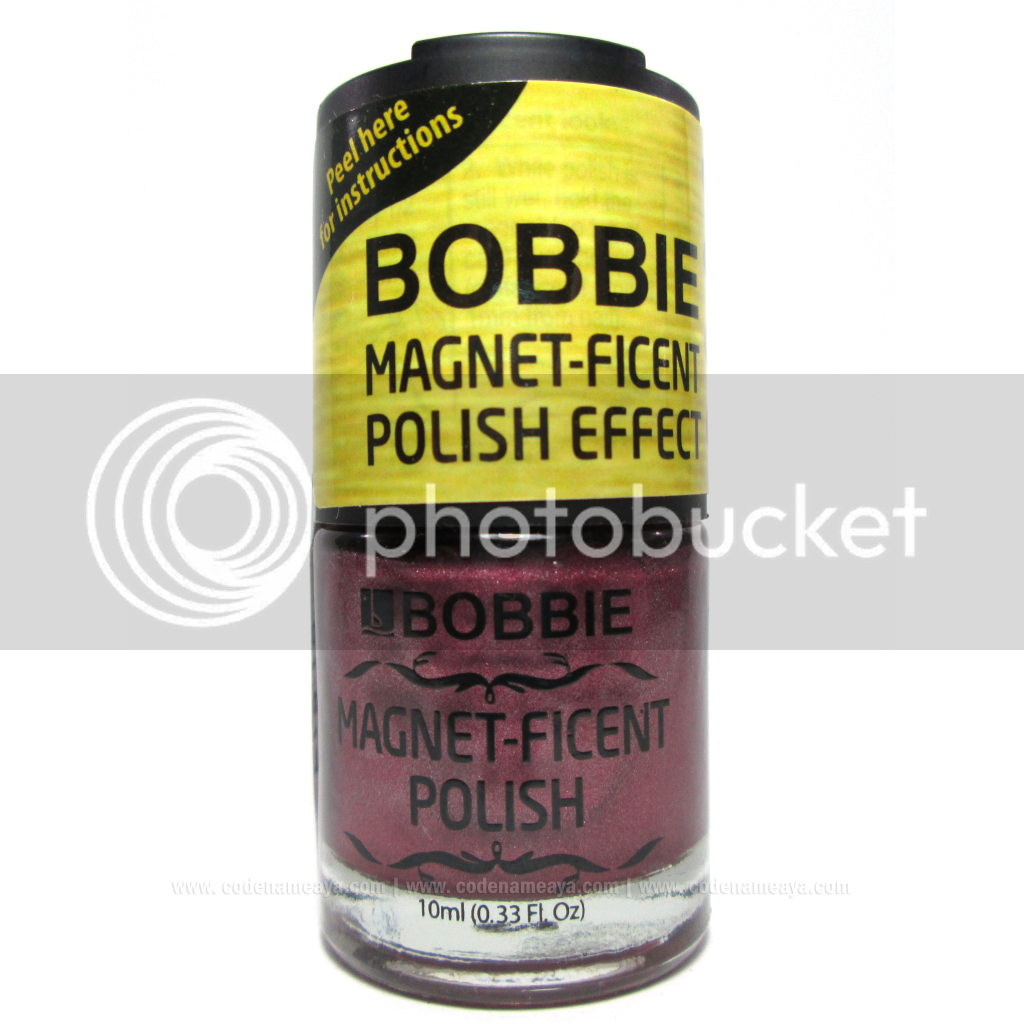 This Bobbie Magnet-ficent Polish contains 10 ml of product, and it has its own pattern-shaping magnet attached to the cap. No need to purchase a separate magnet kit :) 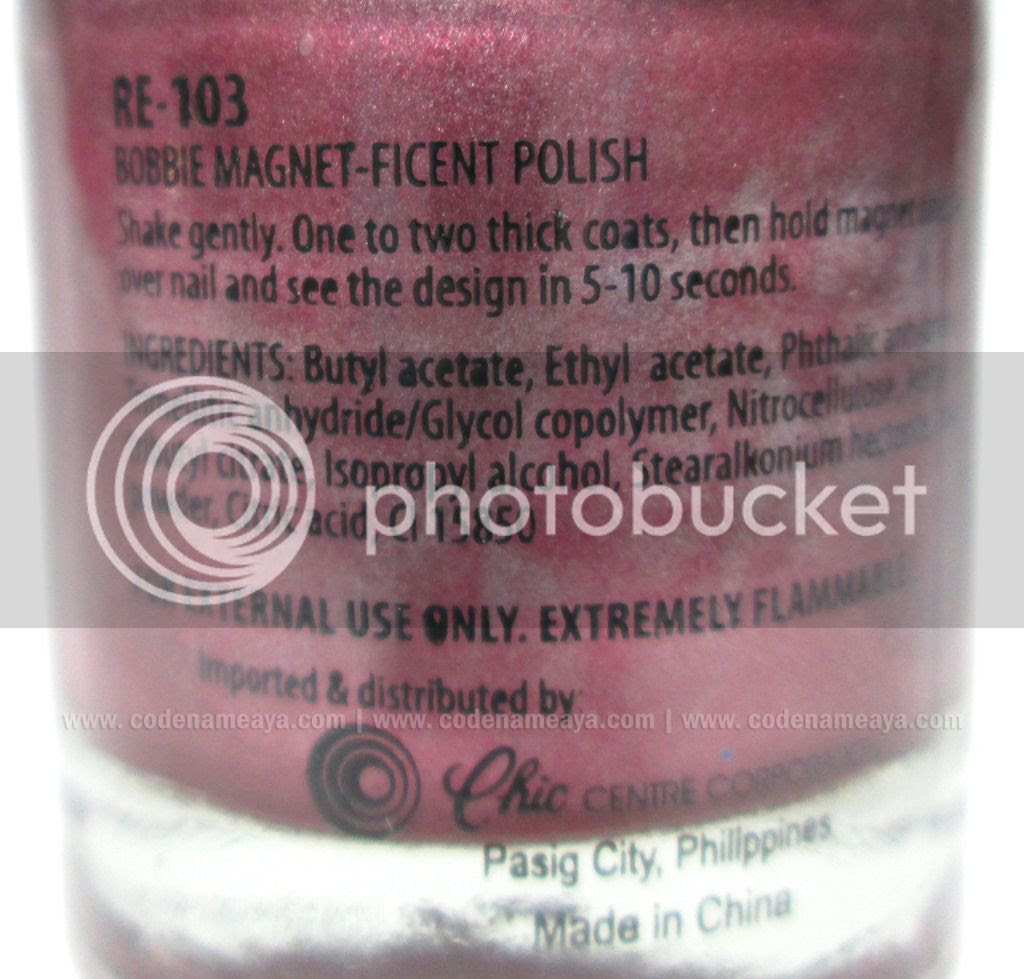 I chose RE-103, a frosty dark rose/red-violet shade with silver flecks. 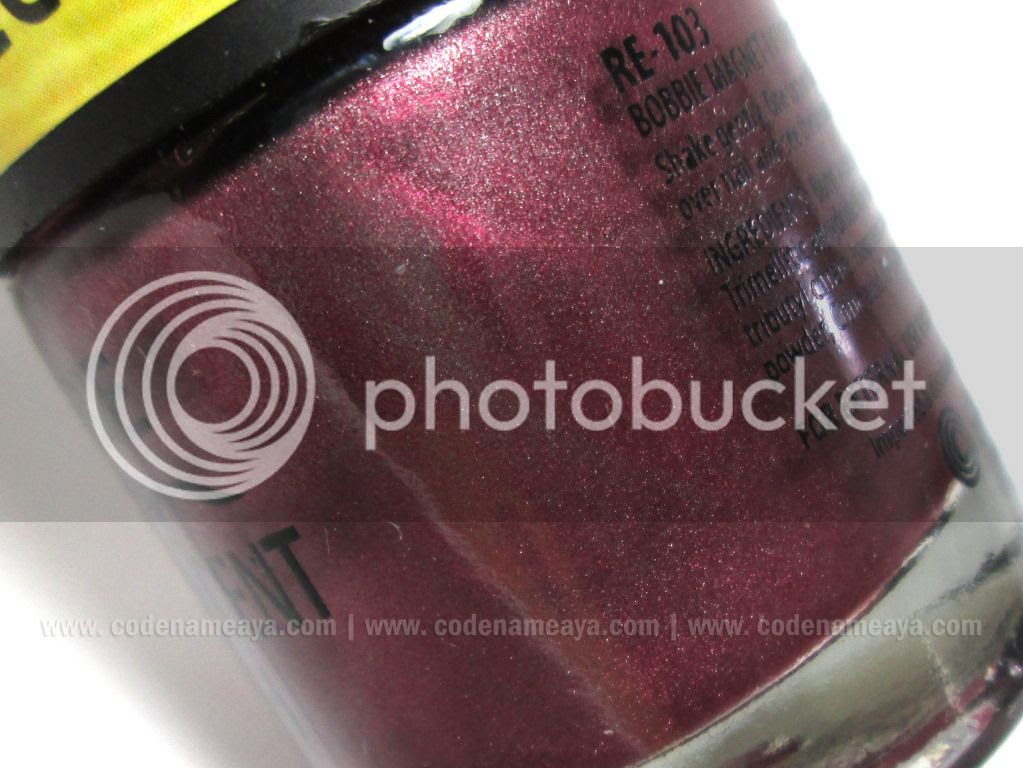 There are only seven shades and two magnet patterns to choose from.

The magnet this shade came with has a basic stripe pattern. 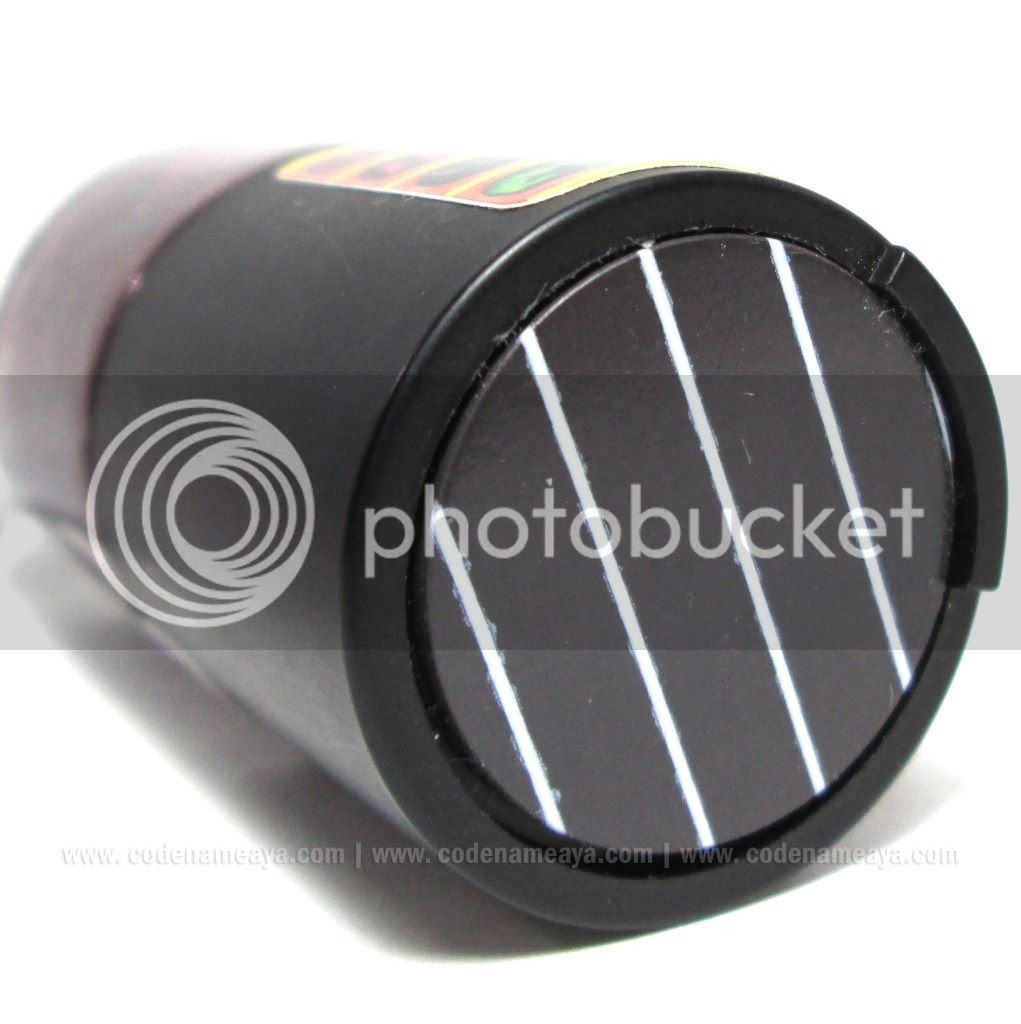 If you peel the yellow sticker on the cap off, you'll be revealed the instructions on how to use this. I messed up the sticker when I tried to peel it off. Hihi. Anyway, if you want a complete tutorial on how to use this, read my post *here.* 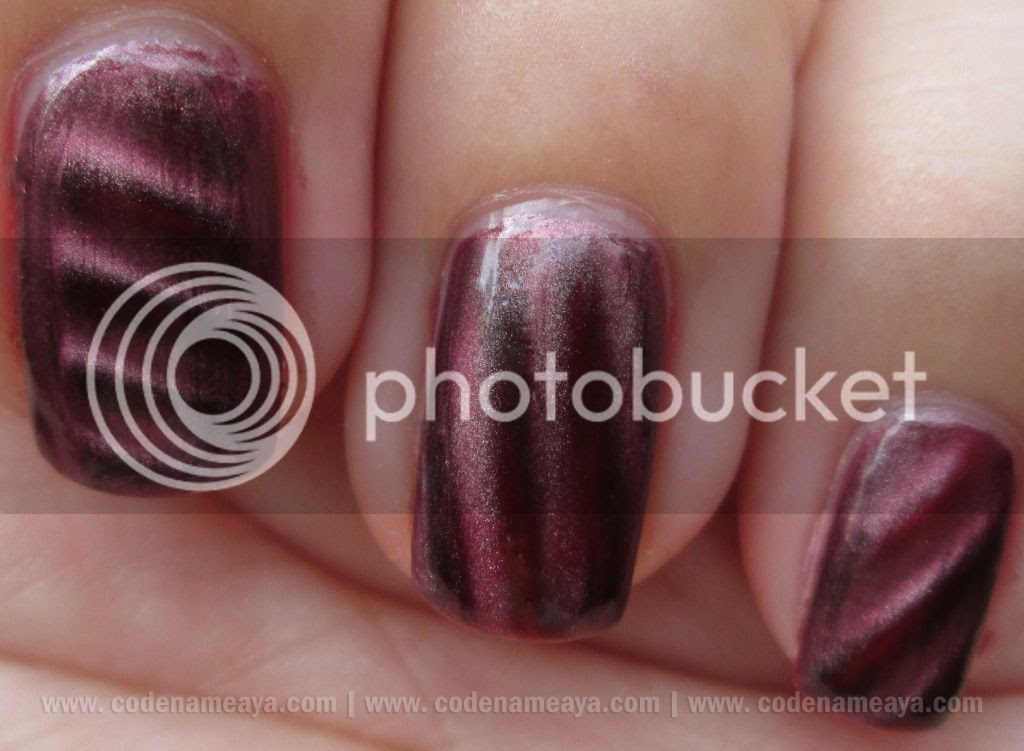 I applied two coats of the polish and used the built-in magnet in three different positions.

Many have told me that this didn't work on them. The key is to place the magnet as close to the nail as possible without touching while the polish is still wet. The iron powder in the nail polish won't budge anymore once the polish has already dried. So you have to be really quick with this. Another tip, do one nail at a time.

I find that with both of the magnetic nail polishes I've tried, application can get frustrating at times. Hopefully, my tips will be of help to you :)

As for the application, I don't have major complaints. The polish itself isn't too thick nor too watery for my taste. I usually use two coats - the second one, thicker than the first. Then I hold the magnet in place for at least 10 seconds to get a nice strong pattern.

I'm not much of a fan of the shade I got. Not all of the shades were available when I bought it so I had to pick something. But I like that this inexpensive magnetic polish really works. And I like how strong the pattern's visibility can get. I think that for an 80-peso magnetic polish, this one's actually good. I just wish there were more shades available. As I've said, there are seven, but I'm only really interested in about three of them.

Isn't it nice how local brand Bobbie tries to cope up with the latest nail polish trends? They also came out with chunky glitters, crack polishes and nail stickers! :)