Gosh, it's been sooooo long since I last used the term NOTD! Parang super throwback na! Do people still use it??? Haha I don't even know!

[Oh, and yes, the title of this post is totally a reference to Tinker Bell and the Pirate Fairy!]

Anyway, this week I decided to skip the gel and instead (finally) try this nail polish line that I had been wanting to try for forever (legit years na) - the Zoya Pixie Dust line! 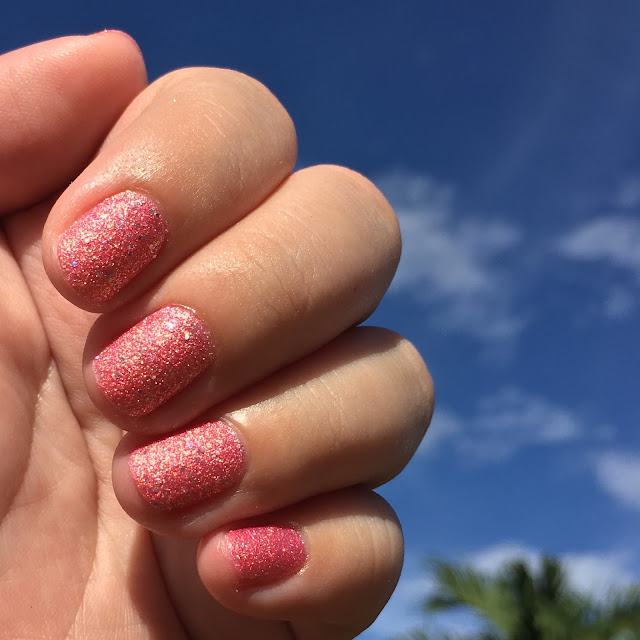 It's Zoya's line of textured, matte and sparkling nail polishes. This is not my first time wearing textured nail polish (I've tried a few from local brands waaaay back, as in way back talaga), but this is way better and is the most beautiful one I've tried so far. My photos don't even do it justice - it looks so much prettier in person! It is indeed textured, matte and sparkling, which is a very cool combination!

The shade I tried is Zooey from the Seashells and Sunsets collection from 2016. It's described as a classic pink, textured PixieDust laced with a fine thread of gold and medium sized holographic hexes for an added layer of dimension. [There's not a word in that statement that does not appeal to me.]

Next time, I'm choosing a lighter gold or yellow shade (like the shades Godiva or Levi), so it would look much more pixie dust-ish!

BTW recently, I've been getting my nails done at Nails.Glow. I usually go to the Nailaholics branch near our street, but Nails.Glow is literally just right beside the supermarket we go to every week, so it's more accessible. Service is not the best, but I do love the polishes I've tried from there so far.


Now my nails are ready for another work week (even though I'm not!).